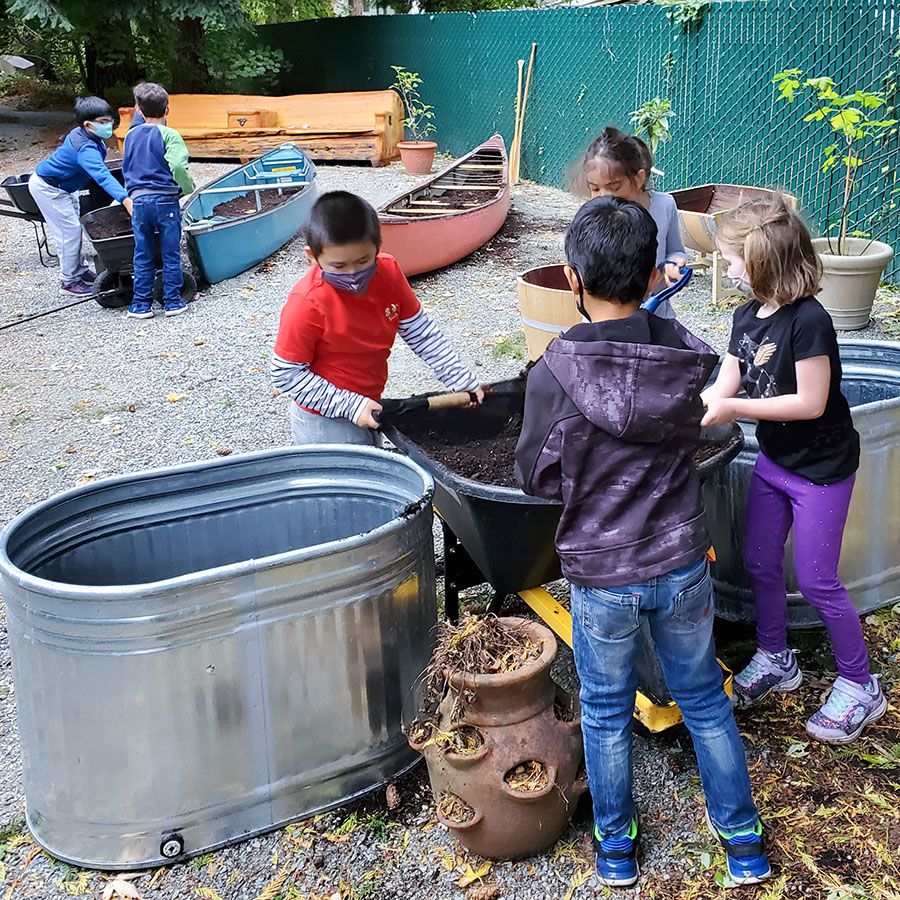 Last year, the newly formed Environment Group met and started planning updates for the space on the side of the Main Building. As part of this planning, they discussed ways to involve students in developing the space and using it with students for environmental studies and mentorships.

For the first step of their plan, they requested the creation of a pathway through the area. Over the summer, a new layer of gravel laid around the bear statue down and around to the outside classroom in the habitat and the garden area. The new gravel replaced the older, worn garden beds (as shown below).

Next, the space gained new furniture carved out of old trees (see Incorporating Art Into Outdoor Learning Spaces). While both the gravel and furniture were in the process of completion, members of the group searched for canoes to serve as garden beds along with other planting containers. They also started gathering plants. After school started, the items they found were put in place and during the week of October 12, a large load of dirt arrived to fill the containers.

Now it was time to get the students involved! Groups and classes gathered shovels and wheelbarrows to move the dirt into place. They worked together filling, moving, and unloaded wheelbarrow after wheelbarrow of the dirt into the containers. The students also placed some plants that were gathered. The video below contains a slideshow of photos of the students working along with three videos at the end and a photo of their completed work.