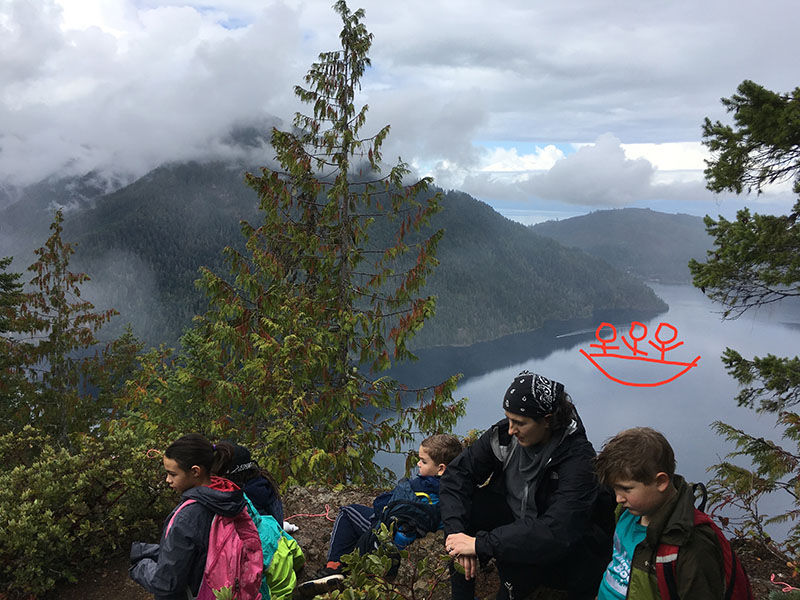 On the third day at NatureBridge, fifth grade hiked to great heights while Sixth grade paddled away.

Places like NatureBridge have incredibly specific heights, such as 2,192 feet above sea level, which represents the peak of Mt. Storm King that the fifth graders summited today. The trail was narrow and challenging at times, but their minds were wide and adventurous.

As the fifth-grade students climbed to great heights, the sixth-grader students floated their way across a crescent of learning. They all loaded into a canoe and paddled to the north side of Lake Crescent, which has surprisingly different plant life than the south side where the camp is located. The oars were heavy, and the water felt solid, but the students were graceful and fluid.

The above picture shows some fifth graders and the view from atop Storm King. Through the miracle of modern technology, the image was enhanced using a recursive algorithm that reallocated light from the infrared spectrum to output a digital signal into some pattern recognition software. The resulting resolution is not as high as hoped, but you can see the sixth graders canoeing in Lake Crescent in the photo.